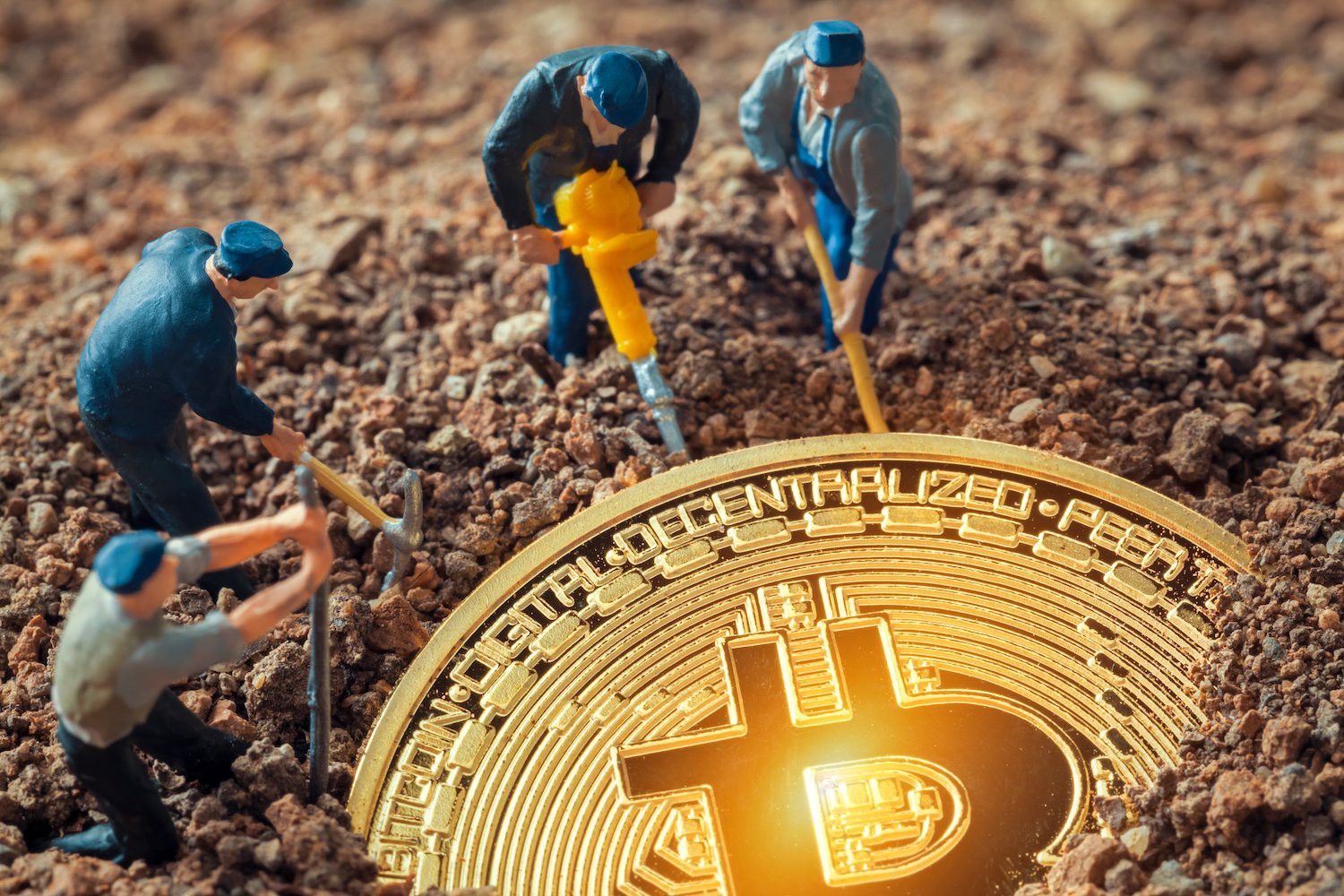 Mining cryptocurrencies is many things to many people. To some, it’s a passive investment and, to others, it’s a means of decentralizing commerce with an army of computers acting as regulators. To understand the state of mining today, we must first understand its necessity at the outset of the cryptocurrency boom. Mining allows users of a network to crowdsource the “work” required to maintain an accurate database of transactions, ensuring everyone’s coins are where they should be without a central accountant to crunch the numbers or a single server to store their records.

Mining made it possible to crowdsource the compute power necessary to run a transaction network, which was critical in the early days on Bitcoin, Litecoin, and Ethereum since the hardware necessary to run these networks at a suitable speed could cost billions. Mining serves a dual purpose by also regulating supply on a set schedule, allowing investors to calculate the true value of inflation as these coins are added into circulation over years or decades. As the value of the network accumulates due to an increase in users, the price must rise in tandem to incentivize miners to keep transaction speeds high, while sharing their income with more miners.

As a result, many felt Bitcoin would never fall below the $6,500 price threshold that had been determined as the average break even point for miners once the cost of hardware and electricity are factored in. As the price dips below that point, either enough miners leave to make the revenue split more palatable, or miners are deciding to “HODL” Bitcoin regardless of the price due to the assumption it’s future value will make the effort worthwhile. While platforms like Ethereum may create massive value for companies built on its blockchain, the value is rarely returned to token-holders, with massive sell-side pressure from ICO’s (which raise money in Ethereum) pushing the price down.

In the cryptocurrency market, liquidity is everything. Token prices often simply reflect the ease of investor access to the asset, with the conversion of fiat currencies (like the dollar) to cryptocurrencies facing regulatory scrutiny. Mining creates an opportunity for anyone with a laptop, or a smartphone to earn cryptocurrencies by putting their computer’s to work. While Bitcoin and Litecoin require specialized hardware (called ASICS) to mine the currency, many others like Ethereum, Electronium, and Monero can be mined with the CPU’s found in the devices we use everyday. Unfortunately, even currencies with multi-billion dollar market caps face issues with volatility and liquidity, mainly due to the lack of any concrete asset backing. Code for blockchains can be copied and pasted with only a few changes to create a new currency (like Bitcoin to Bitcoin Cash), making the code itself much less valuable than the proprietary algorithms that contribute to Google’s massive market cap.

The value of cryptocurrencies should be derived from the present and future value it returns to its users, through efficiency gains that allow it to compete with competitors on the basis of price and utility. Take for example the cost of sending $10,000 through Paypal. You’ll expect to pay between 5–7% for Paypal fees which amounts to between $500-$700. If you want to send more than $10,000… you can’t, and if your transaction is flagged, funds can be held without cause for up to 180 days. On the other hand, Ethereum has an average transaction fee of $0.79 USD and a median transaction fee of $0.27 with the transaction confirmed in a minute or even less. Litecoin an even cheaper option, allowed for the transfer of $99M in just 2.5 minutes, the transaction fee was $.40, a far cry from the $7M Paypal could have charged making cryptocurrencies an ideal candidate for the $613B global remittance market.

Cryptocurrencies masquerade as asset created from thin-air, and often that’s not far from the truth. However, it’s important to note that the technologies it threatens allow centralized corporations to consolidate wealth and power by parking themselves as the intermediaries of commerce. We work to create value, but we also create value when we aren’t working. We trade our data for free access to online services every minute of every day. Google is watching me type this document, in an effort to to sell a piece of my online archetype. The data they collect is constant, coercive, and borderline creepy. The concept they’re beginning to prove, however, is that our computers can automate an income, even if users aren’t the ones currently on the receiving end.

In much the way OPEC oil gives the dollar the liquidity it needs to stay afloat, data will create a 21st century alternative. Even better, with a capped supply regulated through mining, the inflation that eats away at the US dollar would be a thing of the past, with no federal reserve necessary to manipulate market rates. The egalitarian nature of data means that a truly universal asset class can be created across borders without explicitly infringing on a local currency. By combining cryptocurrencies with an asset class like data with nearly infinite growth potential, an asset can be created with the liquidity of traditional currencies, mated with a global base of stakeholders that can invest, send, spend, and earn a truly universal asset.

So Why does this matter for miners?

Mining faces an existential crisis, as prices fall without enough demand for the (non-existent) underlying asset to push them back up. Unlike stocks, which allow investors to own a piece of a company and any subsequent dividends paid to the owners, cryptocurrencies typically rely on the utility of a token to be reflected in the price, even when supply is uncapped and ownership means little in times of low liquidity.

We hope that through a Universal Basic Data Income, we can give everyone access to an asset they already own, that grows organically in value, while retaining the benefits of a decentralized structure of ownership and exchange. For miners, this could finally mean supporting a network reliable enough to bet on in the long term, with real revenue to ensure liquidity for all the participants in this emerging economy.

Why does mining matter at all?

Simply put, money opens the door to innovative and disruptive business models that allow us work with our computers to exchange a service (compute power) for access to content, goods, or direct monetary compensation. Typically, a computer is a depreciating asset, every year it’s relative value falls as demand shifts to the newer shinier model. At the same time, most phones, tablets, computers, desktops, gaming consoles, and other IOT devices sit idle most of their useful lives. Companies like Mineful have begun creating mining software that allows users to mine in the background of apps like Spotify in exchange for access to premium accounts. Will users opt out of ads in front of their Youtube videos if their computers can chip in to help them skip the wait? Can crowdfunding of content creators be taken to new levels as their fans pool their idle devices to contribute cryptocurrencies?

We may never know. We stand at the precipice of a revolution in the way we view our our devices as coworkers. To take mining mainstream, mineable tokens must strike a balance between value proposition, liquidity, and access. Such tokens could even breath new life into an aging smartphone lifecycle.

Apple shares recently dipped over 8% on news that sales of new iPhones were beginning to plateau, with many users opting to forgo planned obsolescence by replacing their iPhone batteries. While we can’t assuredly attribute malice to end of life battery issues, it’s clear that hardware companies are getting desperate to convince users to upgrade. It’s possible a phone that works while it waits could make buying the model with the latest CPU more valuable than waiting for the next release. With next generation mobile chips like Nvidia’s Tegra X1, and storage options approaching 1TB, our phones could become nodes in networks that run themselves, store their own data, and transact on our behalves.

By 2020, there will be 6.58 internet connected devices for every person on earth, which amounts to an untapped workforce of nearly 50 billion devices. Mining finally mates man, machine, and monetary opportunity. Would you send your electronics off to work? As the way we think about assets continues to evolve, soon our data and devices may become a source of income that rivals the traditional labor market.