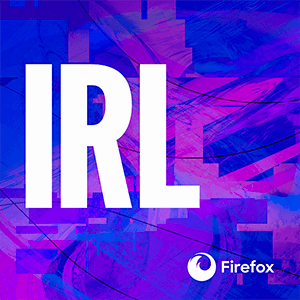 This week, our CEO Dana Budzyn was featured on Season 5 Episode 7 of the IRL Podcast: Privacy or Profit - Why Not Both alongside representatives from other privacy-focused companies like Ghostery, DuckDuckGo, and Disconnect.me. In the episode, Oli Frost recalls what happened when he auctioned his personal data on eBay. Jeremy Tillman from Ghostery reveals the scope of how much ad-tracking is really taking place online. Patrick Jackson at Disconnect.me breaks down Big Tech’s privacy pivot. DuckDuckGo’s Gabriel Weinberg explains why his private search engine has been profitable. And Dana Budzyn walks us through how UBDI, hopes to give consumers the ability to sell their data for cash.

Luckily, we aren’t the only ones trying to make the pivot to privacy. Recently Mozilla announced a plan for a $100m “Grant for the Web” in an effort to create business models that aren’t supported by ad tracking. Using data to increase the efficiency of ad targeting is a main pillar of the data brokerage industry, and cutting off demand is a surefire way to reduce the appeal of tracking. Even app developers are looking for an alternative, but Google and Facebook’s ad network API’s make boot-strapping monetization easy for developers who are weary from work on the core product.

"We need a lot more than $100 million to fix the internet, but this is a good start," said Mozilla Foundation Executive Director Mark Surman. "There's nothing wrong with capitalism, but when it's based on pervasive and constant surveillance, that's not the right way to run our digital economy."

Creating a viable alternative for developers, while reducing reliance on targeted ads is the first step in reducing the amount of data that gets traded behind our backs. Listen to the full interview to learn more!